This webpage contains scientific information meant for medical professionals only. 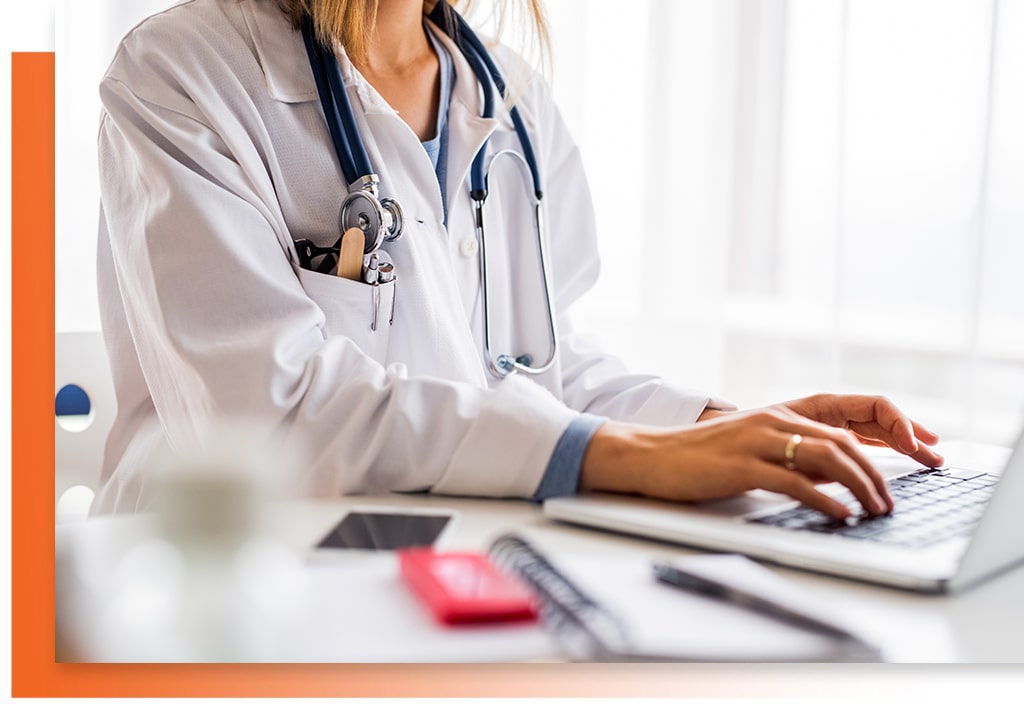 This page contains content meant for Medical Professionals Only.

Please confirm below that you are a Medical Professional.

Indication
CognivAiD is indicated for patients with mild to moderate vascular dementia.

Composition
CognivAiD is a multi-herbal formulation comprising a combination of standardized extracts of 3 herbal ingredients:

Side effects
Common side effects are gastrointestinal disturbances or allergic skin reactions. Rare cases of headache.

Precautions
Not recommended in pregnant and lactating women, and individuals with bleeding tendency or are hypersensitive to ginkgo. Not recommended for concomitant use with anticoagulants/antiplatelets, and before surgery.

A Multimodal Mechanism of Action 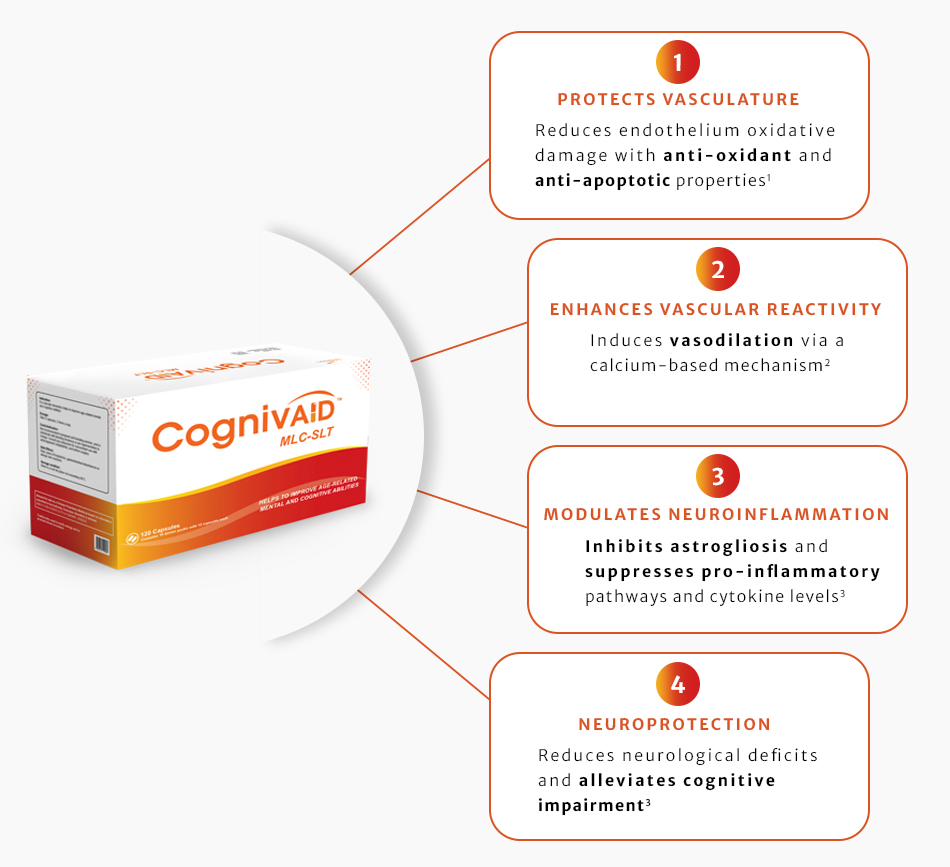 1. Improvement in cognitive and executive functions1 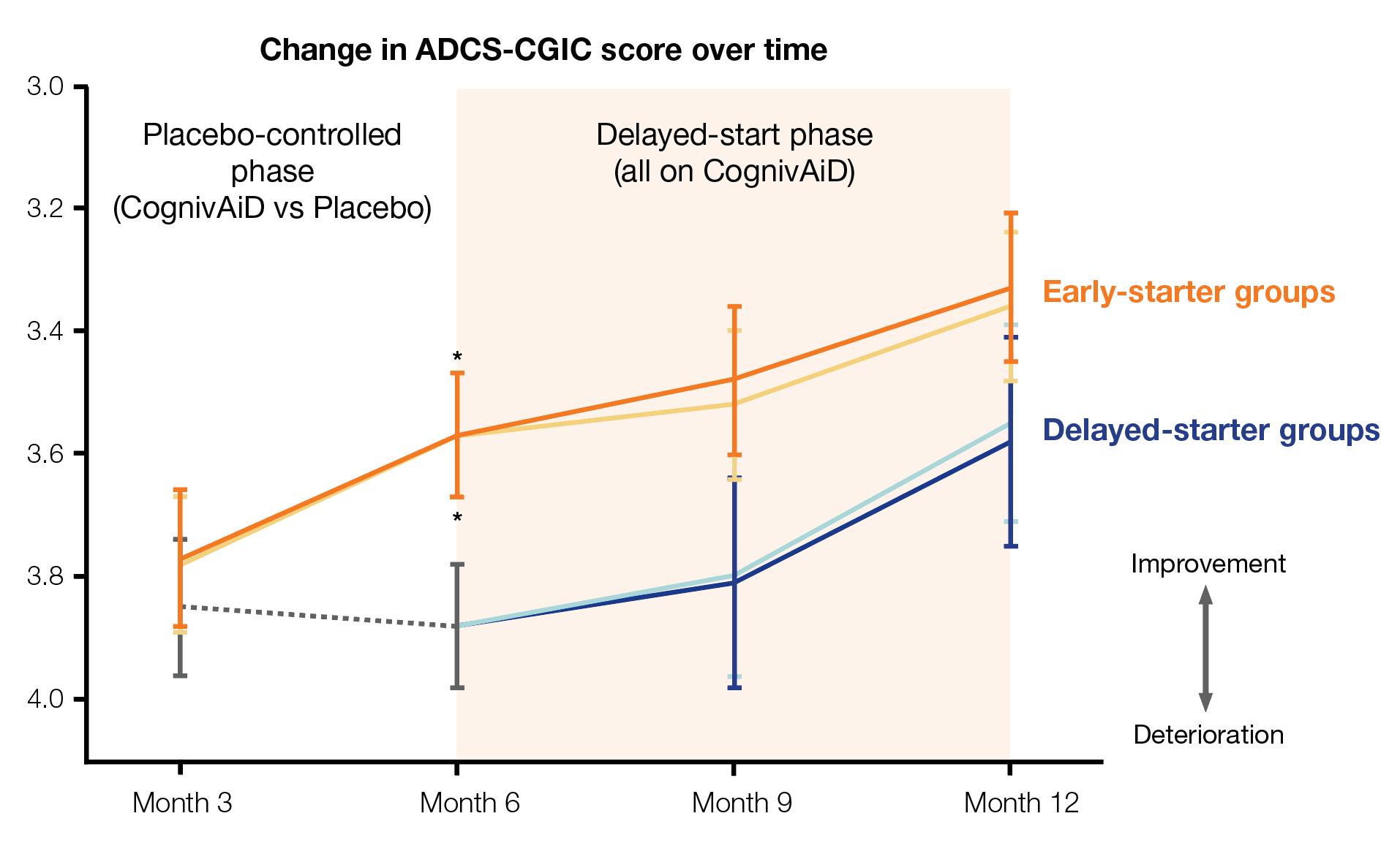 • No significant difference in rate of adverse events in those taking CognivAiD vs placebo.

Get in touch with us

For more information, you may email your enquiries directly to [email protected]. Alternatively, you may fill in our enquiry form.

Disclaimer: CognivAiD™ is a trademark of Moleac and is referred to as ‘CognivAiD’ or ‘SaiLuoTong’ or ‘SLT’ in this website.

This page contains content meant for Medical Professionals Only.

Please confirm that you are a Medical Professional.

Please wait while you are redirected to the right page...